Here are the trigger warnings or just things you should expect to see in my account.

Other places to find me and kill me. 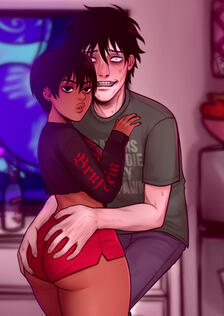 Richard is a shy, gross, incel weirdo with anxiety and many other undiagnosed mental issues. He comes from a pretty wealthy family. They showered him with everything he ever wanted, and because of this he became a shut in. He spends most of his days gaming. He neglects himself a lot and forgets to shower and eat sometimes.

Cecile is also a shy baby bitch. She was bullied all thru her school years. This caused her to self harm. Later on she started losing weight. At first she was doing it in a healthy way then later on she developed an eating disorder. She began starving herself and overworking out. She suffers from body dysmorphia.
♫ 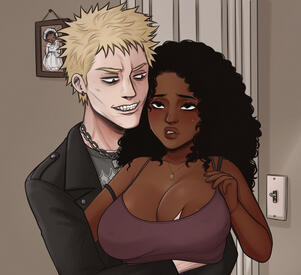 Alex is a criminal. He's addicted to sex and drugs. Sometimes even likes mixing both. He grew up in an orphanage and was abused by his caretakers and was never adopted. He ran away from the orphanage at the age of 14 with friends and became a prostitute. Got introduced to drugs soon after and got hooked. Ever since he's been breaking the law.

Shamiya is a strong woman. Not just physically but mentally. She's very stand offish and protective of her 3 year old daughter, Abigail. Her husband is a drug and gun dealer. Shamiya ran away from him cause she couldn't stand having to sleep with one eye open in fear that one day her man was gonna screw things up and get her and her daughter killed. She left him with no warning one morning after a big scare.
♫ 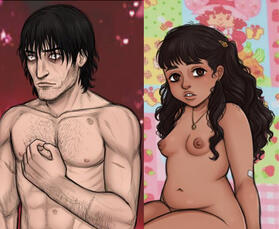 Nigel is a hitman. He's not very professional and usually gets very messy when killing his targets. He doesn't bother being careful cause he has cops and mayors in his back pocket. He did serve several years in prison when he was younger. It was tied to a murder he took part in. Nigel was released sooner thanks to a corrupted justice system. Overall just a very mentally disturbed, dangerous individual.

Ximena is a shy, insecure and very naive young girl who surrounds herself with the wrong people. She has many friends who are very mean to her and constantly ridicule her for her weight and her mannerisms. She was raised by her single mother and was over sheltered. It's because of this she's still very childish.
♫ 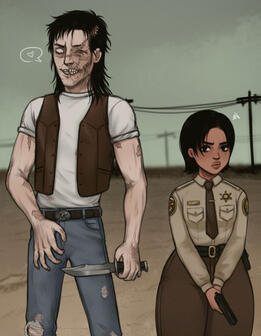 Randy is a serial killer. Every victim he's killed/assaulted was done spontaneously. He enjoys hurting women the most. He keeps victims alive for a long time to use as sex slaves. He may eat parts of them too. He's a very sick individual. Very hard to track him down cause he lives in the woods, and he's very skilled at hunting and making weapons.

Lana is a deputy for a county Randy has struck in multiple times. Lana may be small, but she's a tough girl and is extremely smart. She's very focused on her work. When she comes into contact with a woman who survived one of Randy's attacks, she begins to do more of her own investigating to track down the sick fuck and bring him to justice.
♫